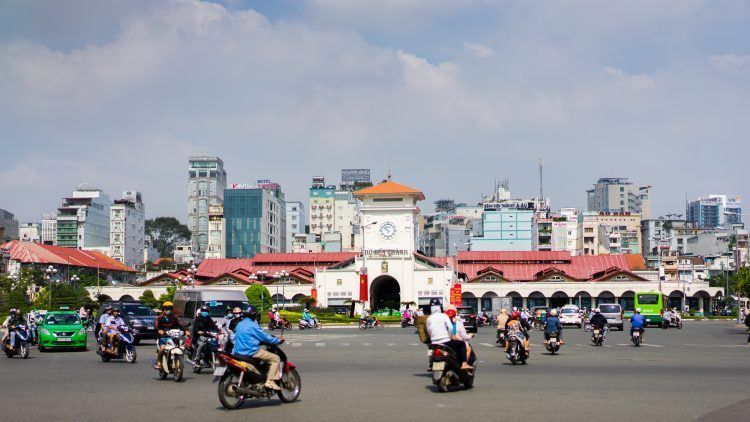 Hand-in-hand with their country’s breakneck economic development, Vietnamese are moving in ever greater numbers to towns and cities. In 1955 – the year after Vietnam won its independence from France – the country’s urban inhabitants comprised about 13 percent of the total populace. Today, the city-bound share is close to 35 percent.

With the rush towards mass urbanization come significant developmental problems, as city infrastructure struggles to keep up with the mushrooming population. Sewerage and waste management, affordable housing, efficient public transport, and the provision of clean drinking water are among the big issues facing Vietnam’s cities today.

These are quandaries that require innovative technological solutions. MBI – which is focused on economic development issues in the Mekong basin countries of Vietnam, Cambodia, Laos, and Myanmar – thinks that tech startups hold the key.

Launched last week, the Global Smart City Innovation Challenge for Vietnam is being run by MBI in partnership with Singaporean venture capital firm TNB Ventures. The competition is inviting applications from startups, entrepreneurs, and corporates around the world that have market-ready tech solutions for urban Vietnam’s development problems.

To understand the specific fixes required, MBI collected feedback from local governments in Vietnam and collated these into six problem statements:

After the end of the application period, MBI and TNB will shortlist up to 20 businesses. These will be flown to Da Nang where they will receive mentoring before joining a six-week virtual workshop to help adapt their prototypes and solutions for the Vietnamese market. They will subsequently travel to Ho Chi Minh City to pitch their proposals to government officials, investors, and other stakeholders.

Those on the shortlist will also be in the running for an investment from TNB. The venture capital firm is offering up to US$29,500 in seed funding for select startups, while up to three could net series A funding of as much as US$2.2 million.

TNB has been focusing its efforts on smart city-relevant tech such as augmented reality, connected devices, artificial intelligence, and big data. Late last year, it launched the Sensing Cities startup accelerator to help grow businesses in these areas; it has also been a co-investment partner of Singaporean trade agency SPRING in backing “deep tech” companies.

TNB has run similar startup challenges in the past. Speaking to Tech in Asia, TNB’s head of business development Hazel Yeo argues that the competition format comes with its own benefits. “It offers startups the opportunity to validate their innovation and pilot their solutions,” she says. “For corporates and other investors, if they end up investing in a startup they are presented with new strategic capabilities that complement and enhance their current business.”

As for the city governments in Vietnam – the other major stakeholders in this context – the competition format enables them to explore a host of possible solutions and get in-depth demonstrations of them, as well as allowing them to tap the expertise of seasoned tech investors.

While there is massive potential in the smart cities area, Yeo notes that cities in emerging markets like Vietnam present plenty of additional challenges compared to more developed metropolises seeking to smarten up.

“Some of the difficulties TNB and startups face when working in emerging markets are in dealing with cultural differences,” she says. “Also, localization and language issues, and readiness of the population as a whole to accept new technologies and ways of doing things.” The firm’s existing network of partnerships with local startup ecosystem players and corporates does a lot to alleviate these difficulties, she adds.

The Global Smart City Innovation Challenge for Vietnam began accepting applications last week, and will continue to receive submissions until September 18. The competition itself will run for six weeks from October 9 until late November, with demos taking place in Ho Chi Minh City in early December.